Mary was born on the 5th of December 2003 to the royal pair of William VI and Märtha Louise of Norway. Unlike her siblings, she was the first and the only one to be born in a hospital, which was done at the Princess Alice Hospital in Edinburgh, Scotland. In addition, by the request of both her mother and paternal grandmother, her first name Mary was to be followed by those of her mother, her paternal grandmother and finally own her sister, then completed with the customary "Hanover" surname, denoting her royal ancestry.

As it was the tradition, Mary was assigned to a governess in order to supervise her upbringing. Coincidentally, since she was assigned to the same governess, Rose Watts whom had once taken care of her own sister. Almost immediately, she became quickly acquainted with Watts and was once described by the latter as a "joyful, and somewhat intelligent child like her sister". At the same time, Mary's loquacious personality was also noted during the years of her upbringing, which would go on to shape the princess's future activist and outspoken years.

By the request of her own parents, Mary was sent to a public primary school, the Virginia Primary School in London. According to one of her teachers, Mary showed a distinctive "secluded" attitude but was nevertheless said to had been an extremely talkative and friendly girl when among her school peers. Like her sister, she possessed a huge interest on the subject of History and was confirmed to had scored an average of 95% on the subject during her school examinations. Additionally, Mary showed a considerable degree of intelligence in the subjects of Science and Mathematics but the princess chose not to pursue a career related to the two aforementioned subjects.

In addition to her professional career, Mary is also a reputed and outspoken figure in regards to foreign policy issues, as she had, at times outlined her own personal opinions on various world issues which garnered occasional praise and criticism from the public. On one notable occasion, she openly criticised FIFA on the choice of venue for the World Cup event set to occur in 2022. Reportedly, though the duchess's criticism was light in nature, however, it was subsequently deprecated as being "inoffensive, and diplomatically harmful to bilateral relations" by the Qatari Minister of Foreign Affairs, Mohammed bin Abdulrahman Al Thani. In other instances, following the controversial admission of Venezuela into the UN Human Rights Council, the Duchess severely criticised the UNHRC in a since-removed post which referred to the organisation as a "deeply rotten and terribly failed system". On January 2nd, 2021, Mary formally announced her abstention 2020 Summer Olympics based in Tokyo over "concern" and "fears" of her own safety. On March 24th, she was named the new UNICEF ambassador alongside British actress Millie Bobby Brown (being the second youngest to hold the post after the latter) for her contribution and "outspoken support for UK students in times of hardships and uncertainty".

As Mary is currently a student in her final secondary school year, she currently lives with her family in Buckingham Palace, London contrary to her sister Alexandra whom reportedly preferred the more "calmer" nature of Edinburgh. Following the coronavirus outbreak, Mary and her mother subsequently moved to the Windsor Palace, while her siblings, the dukes of Edinburgh and Cleveland respectively moved to the Balmoral Castle and the Edinburgh Palace residences with the queen herself moving to the Holyrood Palace in Scotland.

Since 2018, she is currently the youngest member of the British Swimming Board as an athlete representative among the 12 members of the board. 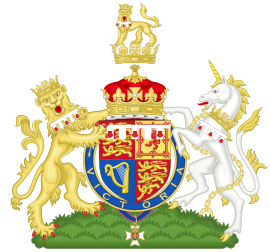