HANOVERIAN GREAT BRITAIN
Alexandra, by the Grace of God, of the United Kingdom of Great Britain, Hanover and Northern Ireland, and of her other Realms and Territories Queen, Head of the Commonwealth, Defender of the Faith

Alexandra was born on the 11th of May 1996 during the reign of her father, William VI. Her father was a British monarch while her mother, Princess Märtha Louise was a Norwegian princess from the Norwegian branch of the House of Glücksburg, thus conforming Alexandra and her siblings as princesses and princes of Norway by virtue of their matrilineal descent from Olav V of Norway. Upon baptism, she was named Alexandra Lauren Elizabeth William Hanover, with the names paying homages to the revered queen Elizabeth and her father William, while specifically honoring that of her paternal grandmother and her aunt, the Duchess of Albany whom her given name had derived from. Despite being the eldest daughter of a reigning monarch at the time, she was never awarded the title of Princess Royal​ which is held by her aunt. By her grandmother's request, her only godmother was to be that of her aunt, the Duchess of Albany with her grandfather, the King of Norway and her uncle, the Crown Prince of Norway as her respective godfathers.

Up until the age of six, she and her subsequent siblings were placed under the dual care of their appointed governess Rose Watts and Alexandra's paternal grandmother, the latter whom she came to mutually adore. According to Watts herself, Alexandra was described as an "extremely joyful, obedient and incredibly active child".

​Alexandra initially went to the Primrose Hill Primary School up until the age of eight, where she was described as having excelled in the English, History and Physical Education subjects . However, despite the positive feedback, concerns over her public privacy despite existing regulations prompted a return to Buckingham Palace in the form of a private education, with her compulsory subjects being taught by specially picked tutors.

Royal Military Academy Sandhurst
​As Alexandra matured well into her teenage years, so did her future responsibilities as queen. On the 3rd of May 2011, a day after the death of notorious terrorist leader Osama bin Laden, a 15 year old Alexandra gave her first public speech, emphasizing national unity and solidarity in the times of troubles. Her ten minutes long speech was widely received and praised though she would not appear in public again until a year later to make way for her studies. Upon completing her secondary level education from the Mulberry School for Girls, she refocused her interests in assuming part-time duties as princess. Initially, she frequently accompanied her parents in their state visits but was soon given a chance to do so herself, in a solo state visit to Dubai in 2012 when the 16 year old Alexandra was hosted by the Prime Minister of the United Arab Emirates, Mohammed bin Rashid Al Maktoum. During the visit, she was exclusively treated to an aerial performance by the Emirati Air Force and later a tour around Dubai's under-construction buildings.

​​Described as an "exceptionally talented student" by her lecturers, she swiftly graduated with a Law degree in 2014 from the University of Edinburgh. However, the death of the Queen Mother, whom Alexandra deeply loved in August of the same year proved a devastating setback for the latter, which led to several suggestions for her potential replacement as heir apparent following reports of her allegedly deteriorating mental health.

For exactly two weeks, she reportedly undertook a short-lived modelling career which was extensively covered by British tabloids. However, she then chose to pursue a military career and on the 3rd of May 2015 she was formally commissioned as a Second Lieutenant with The Rifles regiment serving in Afghanistan under the ongoing Operation Freedom's Sentinel, amid much concern and public debate over her safety and wellbeing. Soon after her promotion to Captain on the 7th of June 2016, she then applied and was inducted into the elite Parachute Regiment, which prolonged her active duty in Afghanistan. Despite serving with distinction afterwards, heightened concerns over her safety in light of a Taliban-claimed ambush in the Kandahar Province prompted the British Ministry of Defence to informally "retire" the princess from active duty, relegating her instead to the ceremonial Blues and Royals regiment under the Household Division.

Since assuming her official duties as sovereign, Alexandra continues to maintain a considerably active degree of participation in the military as Commander-in-Chief of the British Armed Forces, having participated in the 2018 and 2019 Eager Lion exercises alongside her Parachute Regiment servicemen.

QUEEN OF THE UNITED KINGDOM

During the last few years of her father's reign, the former had shown little signs of an ailing health. The King was also said to had been a keen sportsman, particularly in the game of polo. However, on October 6, while the princess was on a diplomatic trip to Pakistan, the King unexpectedly collapsed in his chambers and was promptly treated to by palace doctors. By the insistence of Queen Märtha Louise, both the British and Pakistani governments agreed to restrict any knowledge of the King's condition as to not disrupt the state travel which successfully concluded two days later with Alexandra's return to the United Kingdom. By the time Alexandra had returned to the United Kingdom, the King was reported to be in stable condition but questions over the former's ability to reign further however were brought forward immediately. After a subsequent two days long discussion between the Britsh royal family and government, William VI agreed to abdicate in favour of his daughter Alexandra, on the premise of "ill health and inability to sustain the continuation of royal duties". On December 17, she was officially coronated as Queen of the United Kingdom at Westminster Abbey, with the coronation ceremony being the third to involve a female monarch in British history following that of queens Victoria and Anne 179 and 315 years ago.

​Upon her arrival at the RAF Northolt base in London, she was promptly escorted back to Buckingham Palace and spent some time conversing with the Prime Minister Theresa May regarding the preparations for her coronation. Keeping in line with tradition, and by the suggestion of the Queen Mother, the coronation date was to be held within two months into Alexandra's reign. On the 17th of December, she was formally crowned Queen of the United Kingdom at Westminster Abbey under the regnal name of "Alexandra". Her coronation, which was viewed by tens of millions in both the United Kingdom and others was the third coronation in British history to involve a female sovereign following that of Queen Victoria, who was coronated 179 years ago. Following her coronation, her first act as Queen was creating her father Duke of Hanover in light of the latter's abdication, which was formalised on December 22.
​
Despite beginning her reign with considerable popularity and approval as a result of her grandmother's legacy and her pre-eminent popularity, Alexandra's personal popularity briefly deteriorated during the Jamal Khashoggi crisis, when her former relationship with the Saudi Crown Prince casted doubts on her perceived integrity. However, the complications from the crisis gradually softened overtime which more or less reinforced a positive outlook of the queen. On June 10th 2020, in light of the Black Lives Matter protests, Alexandra markedly introduced a long-awaited reform of the British peerages system, in which the British chivalry order formerly known as the Order of the British Empire was promptly renamed to the Order of British Excellence​.

During her past years as princess​, when she was not undertaking occasional state visits abroad on her father's behalf or attending public engagements, she would tend to immerse himself in her favourite activities such as swimming and playing football, in which her passion in football is exemplified by her exceptional record as team captain for her university's women's football team. In an interview in 2018, Alexandra confirmed the rumours regarding her alleged modelling career, to which she confirmed its authenticity, adding that her modelling pictures were kept private "on a mutual agreement".

Having been popularly dubbed as the "socialite princess" by her contemporaries, Alexandra was markedly known for her frequent works and affairs during her periodic visits to the Middle East. Reportedly, following her solo state visit, she fell in love with the Crown Prince of Dubai Hamdan bin Mohammed Al Maktoum, who is 14 years her senior and the two soon began a public relationship which lasted for four years. The relationship was routinely documented by both royals on their respective social media accounts and received much media coverage due to the staggering age difference. Shortly after their separation, Alexandra was then confirmed to had begun dating the Crown Prince of Saudi Arabia, Mohammed bin Salman who had then been recently appointed as the Minister of Defence for Saudi Arabia. While the pair were generally less public in their affair, Alexandra announced a sudden separation a day following the Jamal Khashoggi controversy. For an unspecified period, Alexandra faced several condemnations and criticisms for her past affair, while also receiving praises and commendations for her decision to end the relationship. In response, Alexandra then revealed the "hidden" and "unexpressed" nature of their former relationship, for she had strongly supported bin Salman's reforms on women's right in the country whilst reportedly expressing passive opposition against the latter's political conduct, particularly in Yemen.

​In May 2019, footages of the queen's intimate moments in public with English model Rhys Pickering began to surface. Rumours of a relationship between the two were subsequently confirmed by Alexandra herself. In addition, it was confirmed that the couple had initially met during Alexandra's short-lived modelling career, but chose not to pursue a relationship as a result of Alexandra being in a relationship with the Crown Prince of Dubai. Four years later, in light of her infamous separation from the Saudi Crown Prince, the two decided to finally pursue a relationship, albeit in secrecy for the first few months. In celebrating Alexandra's birthday that year, the pair appeared on British Vogue's May 2019 cover. In the following November that year, the pair appeared once more on the magazine's November issue, marking the one year anniversary of their relationship. Furthermore, Alexandra is an active and distinct supporter and promoter of her boyfriend's modelling career, though she has persistently denied rumours of a possible return to modelling itself.

On the 21st of January 2020, she was made an Honorary Colonel-in-chief of the Norwegian Army by her maternal grandfather, King Harald V of Norway. Currently, she is third in the line of succession to the throne of Norway, succeeding her cousin Prince Olav in second place, and her uncle Crown Prince Haakon, the undisputed heir apparent. Furthermore, she has continuously held a high position in terms of popularity among the Norwegian public itself. Alexandra is additionally known for her keen and unwavering interest in books and poetry, in which some of her reading materials had been previously exhibited to the public. In 2017, she became a royal patron of several organisations and charities related to poetry and reading, such as the National Center for Reading and Wordsworth Trust. 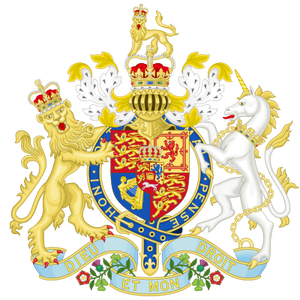